In 1993, Cuny worked on providing clean water for the citizens of Sarajevo.

In Sarajevo, civilians were being killed as a part of the Serbians' ethnic cleansing program. Because Bosnia offered no strategic interest to the U.S., the U.S. did not want to intervene. But billionaire philanthropist George Soros hired Fred Cuny for $50 million to do relief work.

One of the biggest problems facing Sarajevo was the lack of clean water. The Serbs had severed all of the working water lines leading into Sarajevo.There was a small supply of clean water controlled by the Bosnian government, but it wasn't enough to satisfy everyone's needs. And people were shot down by snipers while waiting in long water lines with buckets.

What could Cuny possibly do to alleviate this situation? Seemingly, there was no way to overcome the considerable political obstacles that were present. Cuny could always try to become politically involved, but his lack of success in the Somalia situation must have been fresh in his mind. The course Cuny eventually chose was more audacious than normal, even for him.

Cuny located a series of old cisterns and brought water filters in from Texas. Since the Serbs controlled the airport in Sarajevo, Cuny had to be quite daring. He brought the boxcar-sized water filters and then hid the water filter system in an unused highway tunnel. 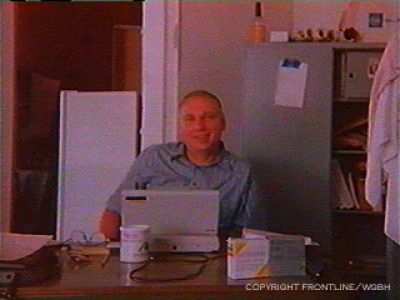 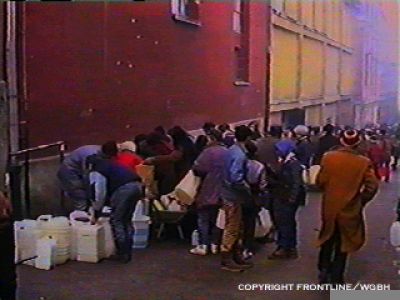 The local Bosnian officials refused to allow the water system to operate, and Cuny again saw how relief work was connected to politics and economics. If the Bosnian officials allowed Cuny's water filtration and distribution system to operate, the Bosnian government would no longer control the precious water supply. And that precious water supply was a significant source of income for the Bosnian government. Government officials claimed that Cuny's water was not being filtered properly. But Cuny maintained that the water conformed to international emergency water treatment standards. And he complained that the Sarajevo authorities were not able to modify their procedures to meet emergency conditions.

After several months, Cuny's water system was finally approved. In the summer of 1995, the mayor of Sarajevo declared that "Fred's water" had kept Sarajevo alive. But by then, Cuny had already disappeared in Chechnya.