An article about Fred Cuny's work in Guatemala in 1976 after an earthquake.

Fred Cuny went to Guatemala in 1976 after an earthquake which killed 23,000 people and left more than a million homeless. He noted the link between poverty and disaster. The poorest countries suffered the most from earthquakes and other natural disasters and took the longest to recover.

Again, "junk aid" was rearing its head in Guatemala. Food was pouring in from around the world, and volunteers were making isolated attempts to rebuild villages without any input from the natives. Cuny was fighting an uphill battle. He realized that these types of aid would do little good, so he had another decision to make. Would he operate within the framework created by the volunteers? Or would he introduce his own ideas? And if so, what kinds of ideas could make a real difference? 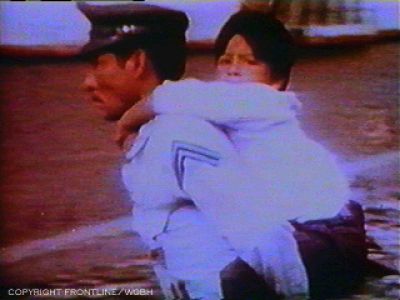 To understand Fred Cuny, one must realize that he believed the goal of disaster relief is to return people to their normal way of life as soon as possible. And traditional methods of relief often failed to do that. So Cuny came up with a unique idea for Guatemala. He organized the Guatemalans and taught them construction techniques. Specifically, the Guatemalans needed to learn how to build earthquake-resistant housing. It was impossible for widespread construction of houses that would be totally impervious to earthquakes, but Cuny taught the Guatemalans to build houses that would not collapse inward, a phenomenon which caused many of the deaths in 1976.

To teach the Guatemalans, Cuny created "housing pictographs" which outlined, in an easy-to-understand format, the types of houses that were safe and those that should be avoided. These housing pictographs were distributed throughout Guatemala. In this way, Cuny satisfied his goal of not just helping people, but teaching them to help themselves.

Unfortunately, Guatemala was one place where Cuny's plans backfired. It was here that he discovered the connection between disaster work and politics. Having failed to take into account political considerations, his plans were destined to run into trouble. Indeed, the people who he had trained in construction were seen as community leaders, but because they were seen as threats to the political structure, they were killed. It was a difficult pill for Cuny to swallow, but it was a lesson he would learn well and apply to his future projects.