In the wake of terrorist attacks on the World Trade Center and Pentagon on September 11, 2001, a group of microbiologists worked with the FBI to identify the individual or group who mailed letters filled with anthrax to American government officials and media personalities. Others struggled with the issues of whether and how to publish research results of potential use to terrorists.

Shortly after the September 11, 2001 terrorist attacks on the World Trade Center in New York City and the Pentagon in Washington, D.C, letters loaded with Bacillus anthracis spores were mailed to various U.S. government officials and media personalities. At least twenty-two people contracted anthrax from the letters. Five died, and seventeen survived, but only after long and debilitating illnesses.

How Did Scientists Respond to Public Interests?

The anthrax attacks catalyzed responses to bioterrorism by individuals and groups of scientists wanting to act in the public's interests. Scientists developed:

Microbial forensics: Searching for the perpetrator 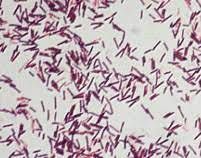 Claire Fraser-Liggett and other sequencing experts from Craig Venter's Institute for Genomic Research (TIGR) assisted the FBI in identifying the source of anthrax used in the 2001 attacks. Important scientific work included:

This research made important contributions to the FBI's identification of a scientist employed by the U.S. military at its leading biological warfare countermeasures facility at Fort Detrick, Maryland as the main suspect in the anthrax attacks. While debate continues on whether this suspect committed the crimes, novel research complemented traditional criminal investigations and made possible the identification of likely sources of the Bacillus species used in the postal mailings and suspects.

After 9/11, keeping terrorists from obtaining information that they could use in developing bioweapons became an increased area of concern. Publication of journal articles in Science, Proceedings of the National Academy of Sciences (PNAS), and Journal of Virology that provided details for making infectious agents more lethal and the manufacture of active poliovirus from commercially available information and materials led to debates on the topic. This kind of research has come to be called "dual-use" research because, while it can be used to broaden scientific knowledge and improve public health, it can also be used in terrorist attacks or other nefarious activities. [1]

How did scientists respond? The American Society for Microbiology (ASM) – a professional society with over 42,000 members – and its then president Ronald M. Atlas became a strong voice for both defending scientific commitments to openness in publication and insisting scientists take an active role in stopping bioterrorism. [2] 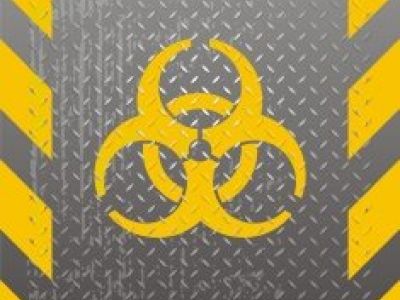 In respect to the publication of research of potential interest to terrorists, the ASM and Atlas:

Since the early 2000s, ASM has been consistent in its message: To enhance biosafety, microbiologists need to build a culture of responsibility across the scientific community and embrace the premise that the misuse of science is absolutely wrong.

Imagine that, after several years in a NIH-funded research lab, a student has finally decided on a dissertation topic. He wants to engineer a mosquito-borne virus to grow in Drosophila. However, he is not working with just any virus. He has chosen the virus that causes West Nile Fever.

He is convinced that the project shows a high regard for social responsibility since one outcome of the work may be progress on a vaccine to prevent West Nile infection.