During the Ethiopian famine of 1985, Fred Cuny redesigned refugee camps in the Sudan and successfully stood up to the UN to help farmers return home for planting.

During the Great Ethiopian Famine of 1985, Ethiopian refugees went to Sudan to escape the famine. Fred Cuny also made the trek to Sudan. He was troubled by the design of the refugee camps, which were arranged on a grid pattern. This was the way camps had traditionally been laid out, but Cuny believed that designing camps in concentric circles would be more conducive to social coherence. He needed to decide whether he wanted to tackle this issue first or if he should ignore his initial instinct and concentrate only on alleviating the famine. 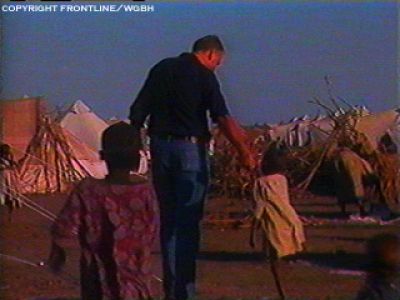 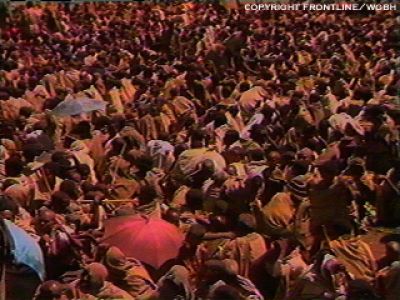 He decided to work on the famine, but not until the camps had been redesigned. His concentric-circle design was immediately recognized for the improved lifestyle it provided the inhabitants. Now that Cuny had revolutionized refugee camp design, he moved on to the challenge of ending the famine. Drawing upon his experiences in Guatemala, Cuny did a much better job of recognizing the Cold War political forces at work in Sudan.

The United States was deeply involved in the disaster relief work because the U.S. wanted to woo the Ethiopian government away from the influence of the Soviet Union. Because of restrictive United Nations mandates, many people were displaced, for the UN could not bring aid to certain areas. Some Ethiopians wanted to return to their homes for planting season, but because some of their homes were in rebel-controlled areas, and not government-controlled areas, the UN could not help them. Cuny believed that any Ethiopian who wanted to return home should be allowed to do so. At the same time, he realized that his views were in conflict with the official UN position. If Cuny stuck his neck out again, and challenged the prevailing political climate, there could be a repeat of the Guatemala disaster. He needed to make a decision. What would be his course of action?

Cuny decided to trust his gut feeling. It was a risky move, but it paid off immeasurably. Cuny provided food, seeds, and other supplies to the refugees who were determined to go home. As they streamed back to Ethiopia, the rains came, assuring a successful planting season. Cuny had defied the UN and succeeded. He was becoming a legend in the field.