This module is an excerpt from Riley, D. (2012). Engineering Thermodynamics and 21st Century Energy Problems: A Textbook Companion for Student Engagement. San Rafael, CA: Morgan and Claypool. It asks students to examine the Copanehagen Climate Summit of 2009. 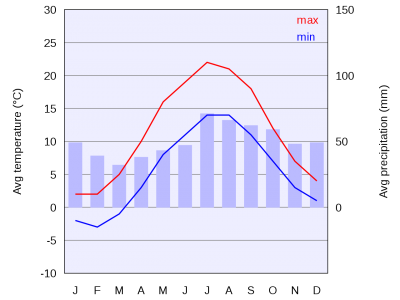 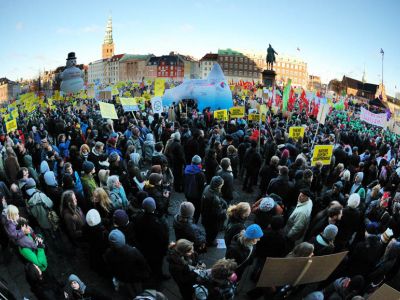 1. Engage. Read the following information about the Copenhagen Climate Summit [1], and seek out other sources on this meeting and subsequent and prior international climate meetings. Climate scientists have created models that predict numerous changes in climate caused by increased atmospheric concentrations of greenhouse gases, including carbon dioxide. While these changes are expected to be widespread across the planet, some changes will be more damaging than others, and some places will be hit harder than others. Many scenarios predict significant damage in the global South, where many people and their governments lack the resources needed to adapt to climate change. In 2009, at the Copenhagen climate summit, Lumumba Di-Apping, chair of the G77 group of developing nations, declared a 2 degree rise in global temperature a “suicide pact” for Africa.

At Copenhagen as at both previous and subsequent international meetings on climate change, the South sought leadership from the global North in curbing emissions and in offering economic development funds for building renewable energy infrastructure. Wealthy nations committed to less than half the emissions cuts needed, and declined to offer development funds for renewable energy infrastructure. Europe offered to cut 20% by 2020, and the US 4% by 2020. 60% reductions are required in order to avoid a 2 degree temperature rise.

Economics are a primary motivation for lack of action on climate change. The conventional perspective in the US and global North is that cheap energy derived from fossil fuels forms the basis for economic activity worldwide and must be maintained in order to compete with emerging economies such as China and India. Many governments in the global South view energy as essential to development, and want to have the chance northern countries did to use cheap energy to develop their economies. They argue this is necessary to lift people out of poverty, meet basic human needs, and to overcome the long history of colonialism that led to today’s global economic inequalities.

2. Analyze the ethics of the Copenhagen agreement (or lack thereof) from a variety of philosophical standpoints and stakeholder perspectives. What duties or responsibilities do nations have to one another and to the planet, or the global North to the global South and vice versa? What would the principle of justice require of nations at this summit? What rights apply to nations in this context, and how are these balanced against responsibilities to the international community? As India, China and other nations develop energy infrastructure, they are drawing on their strengths, using resources available in country where possible – ought they do otherwise?  Who should decide?

3. Reflect. Why is the United States particularly reluctant to cooperate with climate agreements, moreso than other wealthy nations? Why are the US reductions so small compared to Europe, especially when Europe’s energy consumption and climate emissions are already so much lower on a per capita basis.

4. Change. What level of greenhouse gas reductions would you like to see your country achieve? Has your campus complied with this level of reduction? Has your local community? Where might a city begin to take action that would lead a significant reduction in greenhouse gas emissions? How does this scale up to larger groups of people? Take some action to expand the scope of reductions on a state, national, or international level.